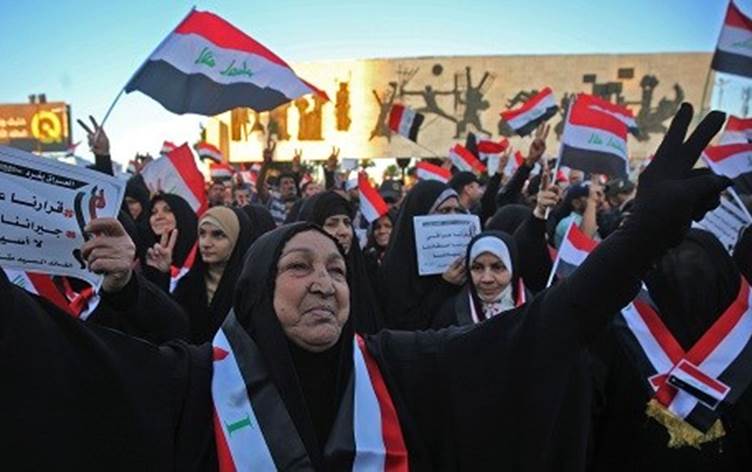 A+ A-
BAGHDAD – Supporters of Muqtada al-Sadr in took to the streets of Baghdad on Friday afternoon, calling on Prime Minister Adil Abdul-Mahdi to hurry up and complete his cabinet.

“These people have taken to the streets to support reforms and stand against sectarianism and partnership. Muqtada al-Sadr has two options: siding with the government or the street,” one young protester told Rudaw.

The Iraqi parliament has approved 14 ministers from Abdul-Mahdi’s cabinet, but eight posts are being run by acting ministers while parties argue over the nominees.

The security portfolios are the most problematic. Shiites have fallen out over the Interior Ministry and Sunnis have done the same over the Defence Ministry.

Kurdish parties – the Kurdistan Democratic Party (KDP) and the Patriotic Union of Kurdistan (PUK) – are also rowing over the Ministry of Justice.

Abdul-Mahdi recently admitted that it is not in his power to resolve these disputes because they are decision to be made by the parties, not him.

Protesters also demanded that the government be free from external influence.

“Our decisions are Iraqi and our neighbors are our friends, not leaders” was a common slogan at the demonstration.

Protests also took place in Basra on Friday. Demonstrators gathered in front of the provincial council building, preventing 35 staff from leaving. They called on the council to elect a new governor.

The council tried to hold an extraordinary meeting to elect a new governor, but failed to meet the quorum.

Former governor Asaad al-Eidani recently left the office – he was elected to the parliament.