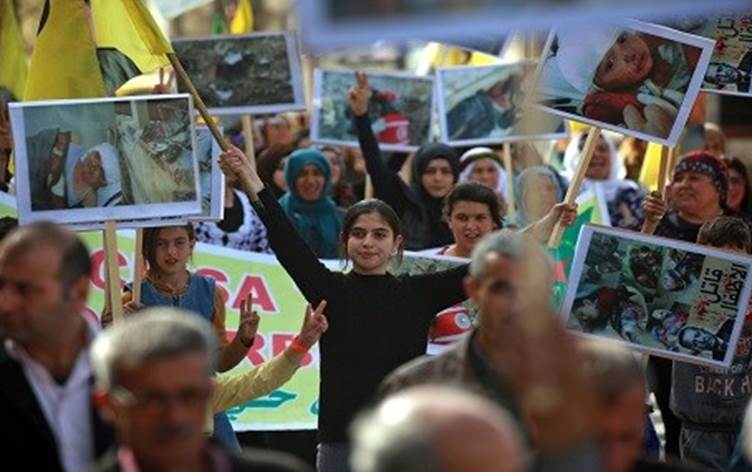 A+ A-
ERBIL, Kurdistan Region – The Kurdistan Region’s Sulaimani governor has called for three days of mourning across the province “in solidarity with the people of Afrin,” which was seized by Turkey and its Syrian proxies on Sunday.

Haval Abubakir, the Sulaimani governor, announced on Sunday “starting from today until the evening of March 21, 2018, there is going to be a public mourning across the Sulaimani province.”

Abubakir said there would be no public parties during the Newroz festivities in Sulaimani.

“The catastrophe of invading, killings and slaughters and the fall of peaceful Afrin city shocked all of us and put the whole international community before a new test,” the governor said.

“We, from the Sulaimani province, with a strong will and a heart full of sadness, wish peace replace war, construction replace destruction, liberty replace invasion, and all the military forces withdraw so as to allow the refugees to return to Afrin and security and peace be returned to the area,” he added.

The governor also urged the people and government of the Kurdistan Region to express their support and “turn this situation into the groundwork for a genuine national reconciliation and the strengthening of the logical will of their homeland.”

He also urged the international community to protect the safety of civilians and reach out to the wounded and those affected.

Ankara claims it launched the operation with the aim of creating a buffer zone along Turkey’s southern border, pushing back the People’s Protection Units (YPG), Turkey says are affiliated with the Kurdistan Workers’ Party (PKK), a named terrorist organization. The groups deny the link.

The YPG claimed on Sunday evening that Afrin city has not fallen to Olive Branch forces, insisting its fighters are still resisted advances in districts of the town. They have pledged to launch a guerrilla campaign to push back the “invasion” and halt what they called the “ethnic cleansing” of Afrin.