The changing face of Islam in Kurdistan 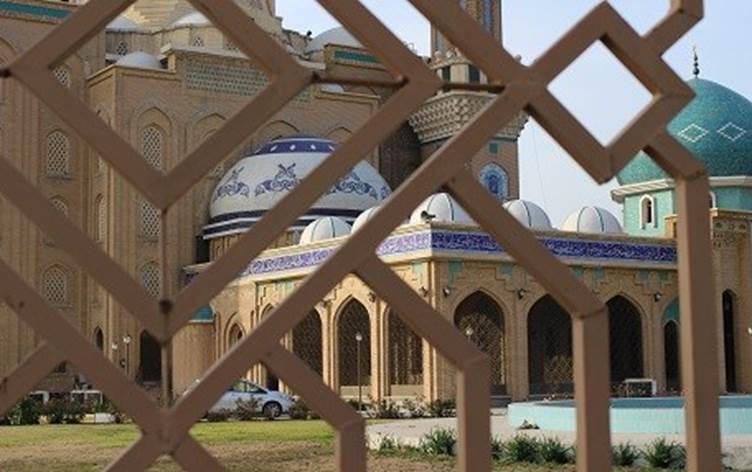 A mosque in central Erbil, capital of the Kurdistan Region. Photo by author

ERBIL, Kurdistan Region — “We Muslims have a lot of problems with our religion, for a lot of reasons,” the words of Sanger Najim, a young man living in Erbil, echo the sentiments of a growing population in the Kurdistan Region who struggle with questions about their faith.


Many Muslims are confronted by the violent extremism of the Islamic State (ISIS) and wonder how to reconcile their personal beliefs with the actions of the extremist group.


The Kurdish population is approximately 94% nominally Muslim. Recently, however, there have been many reports of Kurds leaving Islam or converting to other religions.


The Zoroastrian movement claims to have as many as 100,000 followers in Iraqi Kurdistan. Christian organizations assert that thousands in the region have been seeking out Christianity as they reject ISIS’ interpretation of Islam. There are also reports of growing numbers of atheists and agnostics.


These claims could not be confirmed by the Kurdish Ministry of Endowments and Religious Affairs. Mariwan Naqshbandi, the ministry spokesman said that they do not publish figures of people who convert from one religion to another.


Many blame ISIS for this rejection of Islam.


“Daesh (ISIS) appeared, they kill people and they said they are Muslims, but actually not. This… leads to an increase of the idea that Islam is the base of Daesh,” said Avein Abdul-Rahman. She, however, believes that ISIS’ practice of Islam is wrong and that Islam is a religion of peace.


Others have completely abandoned Islam and religion altogether.


“I am an atheist,” says Mohammad, a young Kurdish man in Erbil who declined to give his full name for personal reasons.


“I think the tipping point and the moment it all got loose was when Islamic State overran Shingal,” Mohammad argued. “When I first heard about the cases of enslavement of non-Muslim Kurdish women, Yezidi women, I knew that it is allowed in Islam to do that. It’s not only allowed, it is promoted.”


Mohammad went on to say that that the extremism of ISIS such as beheading, stoning of women and cutting off a thief’s hand are sanctioned in the Koran.


This assertion however, is strongly dismissed by the head of the Kurdish Union of Islamic Scholars, Mullah Abdulla who argues that violence is the work of non-believers.


“Clearly, ISIS is a terrorist political group,” he told Rudaw. “They never represent true Islam. Their disgusting behaviour is distant from the notion of Islam because a nationalist, religious and patriotic Muslim cannot be labeled as a terrorist. Whoever resorts to violence is counted as a non-believer because he or she is doing Islam more harm than good.”


The disillusionment with Islam is a spike in a gradual movement that rejects all organized religion that has been happening over decades, according to Dr. Muslih Irwani, professor of sociology at the American University of Kurdistan in Duhok.


“The majority of people are, now I see from a sociological perspective… they are losing their faith,” Dr. Irwani says. “Some elements of their religion, they no longer believe in those. This is a change over time.”


Dr. Irwani believes it is natural in the evolution of society for people’s religious convictions to wane. “People are losing their faith but not converting to other religions,” he explains. “They want to get rid of religion… or lighten their beliefs in some aspects that they no longer believe in. They are keeping their mind at peace, saying, okay, still I am Muslim but I don’t believe in this, this, this.”


He uses birth control as an example of this loosening of the ties to religion. “Thirty years ago, people were not keen to control birth in the family. But now they are practicing and they are not seeing it as something against their religion. So this is a change in their belief.”


Dr. Irwani agrees that the emergence of ISIS has led to an upsurge in people questioning their commitment to their faith. “ISIS affected some people at least to revise their loyalty to religion, their affiliation to religion,” he explains. “They think that it’s like salt, if you put extra, it will affect your health, it’s bad for your health.”


Najim points the finger of blame at religious leaders for the rise of extremism and growing number of people turning away from Islam.


Mullah Abdullah disagrees, saying that Kurdish academics and clerics have all played their part in raising awareness among the youths to refrain from ISIS.


Some believe that the solution is to promote a Kurdish version of Islam, which Naqshbandi said is part of KRG’s plan to combat extremism.


"A number of Islamic ideologies were brought into Kurdistan. They do not represent true Islam,” says Naqshbandi. “Their radical ideology is incompatible with the tolerant culture of Kurdish society. For example, there was nothing called Salafism in Kurdistan before 1991, but there was Sufism, and people were being educated… in a moderate way."


The roots of Islam are strong in Kurdistan and, even for those who do not believe or practice the religion; it still plays a role in their lives. But others like Mohammed, who grew up in a religious family and whose father is an imam, have had their own revelation.


“I came to a point where I had to make a choice. I said, this can’t be my religion. And obviously, at that moment, I said it’s not. It’s never been mine,” he said.