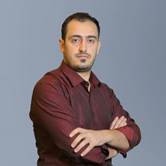 ERBIL, Kurdistan Region – Shiite lawmakers in the Iraqi parliament have secured the signatures of 170 MPs on preliminary drafts of a bill to force United States troops out of Iraq.

The scheduled emergency session was delayed until enough legislators arrived to meet the quorum of 165 MPs necessary to initiate a legislative session, but there are now 168 MPs in attendance, along with Prime Minister Adel Abdul-Mahdi.

Shiite blocs have prepared a draft bill detailing mechanisms to expel American troops from Iraq in response to the killing of Iran's Gen. Qasem Soleimani and Iraq’s Popular Mobilization Forces (PMF) deputy commander Abu Mahdi al-Muhandis in a drone strike in Baghdad early Friday. According to a copy seen by Rudaw, 170 lawmakers have signed the document. This is more than half the 329 seats in the parliament.

The bill seeks to end the Iraqi Government's agreement with the International Coalition to fight the Islamic State (ISIS), ostensibly on the grounds that ISIS has been defeated in Iraq and the presence of foreign troops is no longer necessary.

The draft legislation further looks to commit the government to making public any agreement it signs with foreign military trainers in the future, as well as publicizing the number of technical forces that would be invited into the country.

The document also states that the government should "terminate the activities of any foreign force on its land and prevent the airspace of the country from being used for any purpose.”

Thirdly, "the Iraqi government should have its representative at the United Nations and Security Council lodge a lawsuit against the United States of America for the dangerous violation of the sovereignty and security of Iraq."

"The above-mentioned points must be implemented from the day of its issuance," the document reads.

Quorum has been reached despite the fact that Kurdish lawmakers are boycotting the meeting.

"As Kurdish blocs, we will not attend the session," Viyan Sabri, head of the Kurdistan Democratic Party (KDP) bloc in Baghdad, told Rudaw. "As far as we are aware, some of the Sunnis MPs will not attend either," she added.

Shiite lawmakers have turned up in large numbers, vowing to expel the American through the parliament and chanting anti-American slogans.

"Daesh has finished and the Iraqi government's counter-Daesh agreements with the coalition partners must end," Hassan Aziz, a Hikma Front MP, told Rudaw. "We can expel foreigners on the land of Iraq through law because they came in, in the first place, through law," he added.

This is a developing story.

Correction: an earlier version of this article stated that Iraqi Speaker Mohammed al-Halbousi was in Amman, Jordan. This is not true. Speaker al-Halbousi is present at the legislative session.

President Salih calls for increased cooperation, coordination with US against ISIS

Protester killed in Baghdad as Basra condemns murder of journalists

The arrest follows the capture of a senior ISIS mufti in Mosul’s Mansour neighbourhood, announced by the Media Cell on Thursday.

President Salih calls for increased cooperation, coordination with US against ISIS

Protester killed in Baghdad as Basra condemns murder of journalists